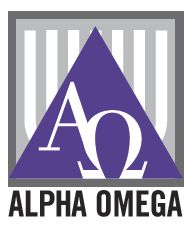 One difficulty in exhibiting books is that they hold so much… but that content can’t all be shown at once.  In the University section of the exhibit, we feature the snazzy black and gold cover of Alpha Omega Fraternity: Fifty Years of Progress and Achievement, published in 1958. What you don’t see are these fine fellows, the Baltimore students who founded one of the first chapters of the fraternity.

As explained in the book’s first chapter, “The founding of Alpha Omega Fraternity was the result of this need: the need for the Jewish student in the dental schools to seek mutual assistance, to foster self-improvement and to repel the undemocratic policies allowed to exist at their schools of higher learning.  It is unique that this impulse was felt at several schools and at approximately the same time; so it cannot be said that this was an isolated happenstance. It was therefore no accident that students at dental schools in Baltimore, Philadelphia, Minneapolis and Chicago almost simultaneously, realizing this growing and continuing outrage foisted on a minority group, met the situation. The result was the formation of dental fraternities composed of Jewish students.”

In 1908, these eighteen students from the Baltimore College of Dental Surgery – founded in 1840, and now part of the University of Maryland School of Dentistry – formed their fraternity, for the reasons noted above.  Within a few years, they  began corresponding with their like-minded friends in Philadelphia, and eventually the various groups got together to form a single fraternity.  Today, Alpha Omega International Dental Fraternity can lay claim to the titles of oldest international dental organization, and the oldest international Jewish medical organization.

The history book on display is part of our Samuel Neistadt manuscript collection, donated by Louis Kaplan.  Dr. Neistadt, one of the charter members of Baltimore’s AO chapter, can be seen in the photo above with his fellow founders – although I’m not sure which one he is. Take a look  him later in his life, and see if you can match him up with his younger self.