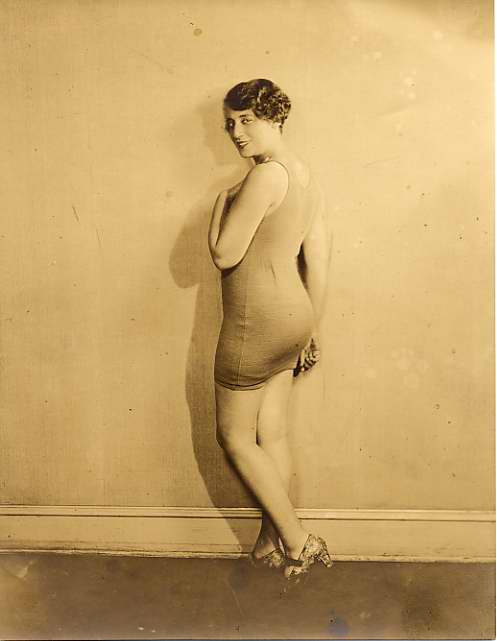 The physical act of swimming has been around for millennia, and many cultures around the world have long been aware of its healthful benefits, building strength, endurance, and cardiovascular capacity.  Competitive swimming has likewise been around for hundreds of years, with various countries adding it to their accepted sports repertoire over the centuries.  Here, for example, is The Art of Swimming, published in England in 1587.

So if swimming is such a time-honored exercise, why am I featuring it as a Fitness Fad of 1900-1919?  For one thing, modern-day competitive swimming began to come into its own in the late 19th and early 20th centuries, with the (re)introduction of the Olympic Games in 1896, and the formation of the world swimming association, Fédération Internationale de Natation, in 1908. The first world-wide competition for women was held in Scotland in 1892, and women’s swimming was added to the Olympics in 1912.

For another thing, this was the era of Annette Kellerman. This Australian woman revolutionized swimming for women in the early 1900s, not only through her athletic prowess and advocacy of swimming as healthful exercise, but also by the simple act of inventing a one-piece swimsuit.

By the early 20th century, modesty expectations for women had evolved far enough that one could swim in public in a relatively simple outfit, rather than hiding under full skirts or in a bathing machine. However, the proper costume still entailed a sleeved blouse, bloomers or pantaloons, stockings, shoes, and usually a headwrap or cap.  This costume was not conducive to much activity beyond a recreational dip, and as swimming gained in popularity as an exercise and as a competitive sport, something had to change.

Kellerman designed a streamlined, one-piece suit, and wore it during her competitions and exhibitions throughout the 1900s-1910s.  Though this swimsuit style was not universally accepted at first – for example, Kellerman was arrested on a Massachusetts beach for “indecency” in 1907 – it slowly gained acceptance amongst serious swimmers throughout the 1910s.

By the 1920s, more and more women were choosing to follow Kellerman’s example, and adopting this simple design. The one-piece suit, though still quite modest compared to some styles available today, gave female swimmers the opportunity to pursue swimming and diving as a serious activity.

P.S. For a nice overview of women’s bathing suit evolution – though with no mention of Ms. Kellerman, alas – check out Victoriana’s illustrated timeline.