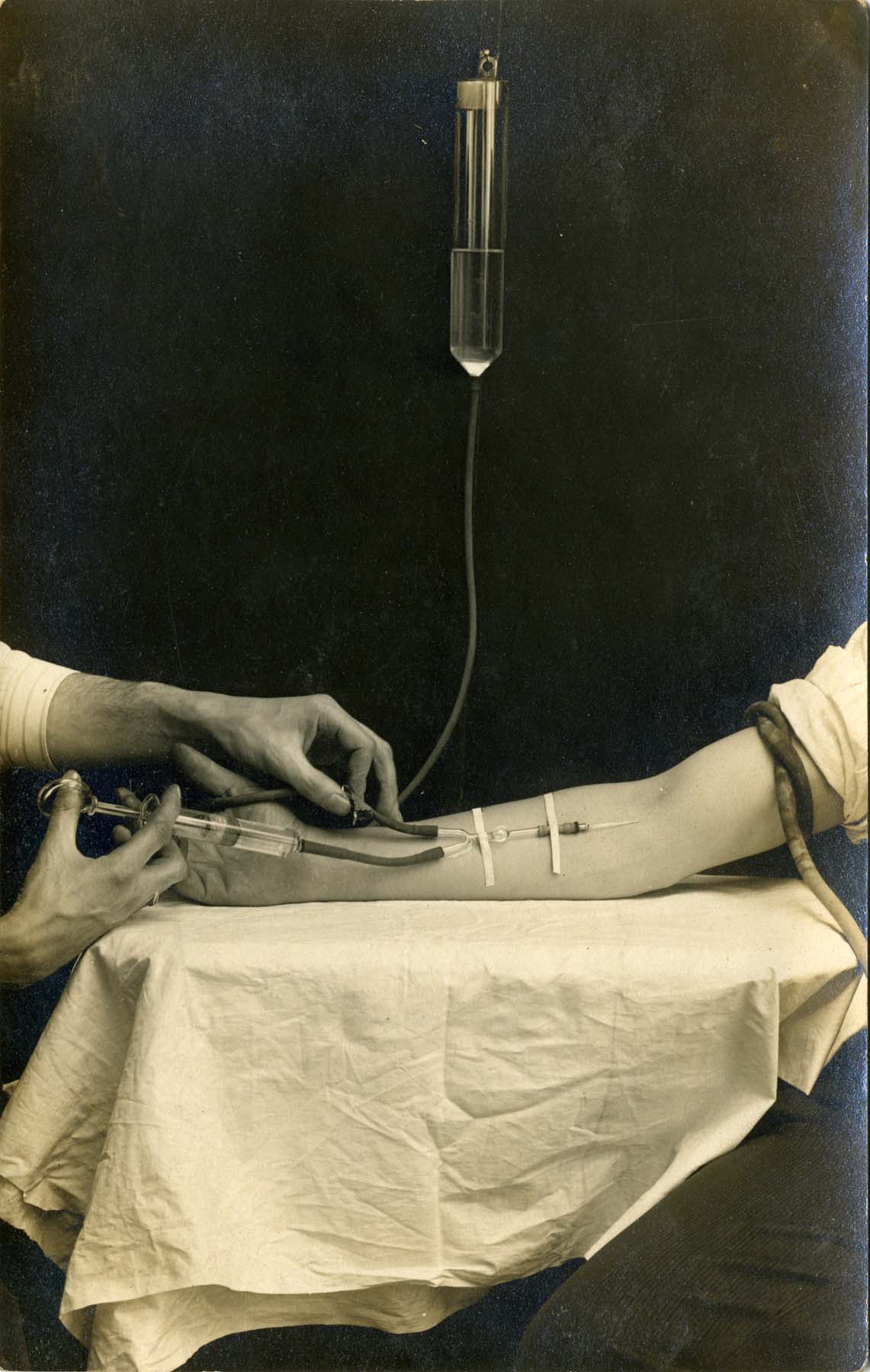 The doctor’s office vignette in Beyond Chicken Soup features Dr. Morris Abramovitz (1879-1951), with a particular focus on his patented “Combined Method” apparatus for treating venereal diseases. We included Abramovitz’s apparatus itself, some of his advertising techniques, and the official copy of the certified patent, complete with ribbons and seal.

What you may not know is that, thanks to the internet, you can read the full description of Dr. Abramovitz’s invention – along with that of almost everyone else’s invention. You can search by number on the U.S. Patent Office site, or by number, inventor name, or keyword on Google Patents. Patent applications are a great way to figure out the intended use of an artifact (especially when you don’t actually know what it is), and they can also tell the astute reader a bit more about the inventor, and the times in which he or she lived.

Dr. Abramovitz came to Baltimore from Lithuania around 1901; he attended medical school at the University of Maryland and then set up his practice in East Baltimore, where he tended both to neighborhood residents and to sailors who came in through the port. He developed an interest in the recently discovered syphilis treatment of Salvarsan, which had proven effective in patients but was difficult to administer.  In February 10, 1914, Dr. Abramovitz was granted patent number 1,086,976 for “certain new and useful Improvements in Gravity and Syringe Apparatus for Intravenous Injection of Drugs.”

Reading his application, I was struck by the fact that he describes himself in the opening paragraph as “an intended citizen of the United States.”  The petition was first filed by Dr. Abramovitz in January of 1913, the same year in which he petitioned for naturalization – but he’d not yet been granted citizenship. Thankfully for him, the U.S. Patent Act of 1832 introduced language that allowed resident and non-resident aliens to apply for patents, with a few restrictions. Thanks to this law, Dr. Abramovitz was able to patent and market his invention, to his profit and to the aid of many patients across the country.  Modern inventors take note that you may follow his example; today, “the patent laws of the United States make no discrimination with respect to the citizenship of the inventor. Any inventor, regardless of his/her citizenship, may apply for a patent on the same basis as a U.S. citizen.”