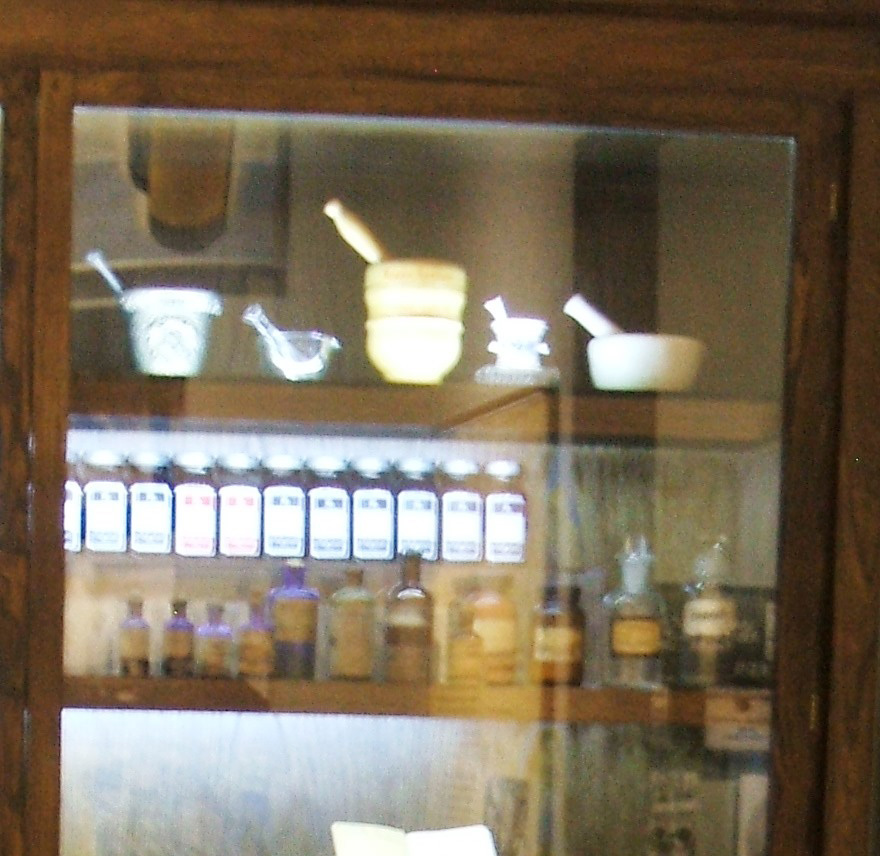 Baltimore pharmacist M.L. Cooper was not only inventive with his window displays [link: /], he was also a literal inventor.  In October 1950 he was granted US Patent No. 2,525,867 for his “integral grinding and mixing  mortar with integral pestle,” a design he had filed four years earlier.

As always, the patent language is detailed and complex, e.g., “Another object [of this invention] is to provide the mating mortar and pestle each with a vertical horizontally curved portion that enables them to apply equalized pressure against particles of a pasty or powdry [sic] substance when the stirring of the latter causes it to adhere to one or both of these vertical surfaces of the mortar and pestle.”  (The full description can be read here)  Or, as the University of the Sciences in Philadelphia museum curators described it, “Because the inside bottom of this mortar is flat rather than curved, its pestle has a corresponding cylinder-shaped base, which assists the user in reaching and incorporating substances near the wall of the vessel.” In essence, the mortar and pestle fit together like puzzle pieces, using right angles, to avoid empty spaces between them and maximize the grinding surface.

Cooper’s design was not quite as revolutionary and universally-adopted as one might have hoped – the Cooper mortar did not become the next Bunsen burner, Petri dish or Mason jar. Nonetheless it was an effective and popular tool, and it has been cited in later inventions as diverse as a “rock and ore pulverizer or crusher device” and a “hand holdable baton . . . for crushing food material.”