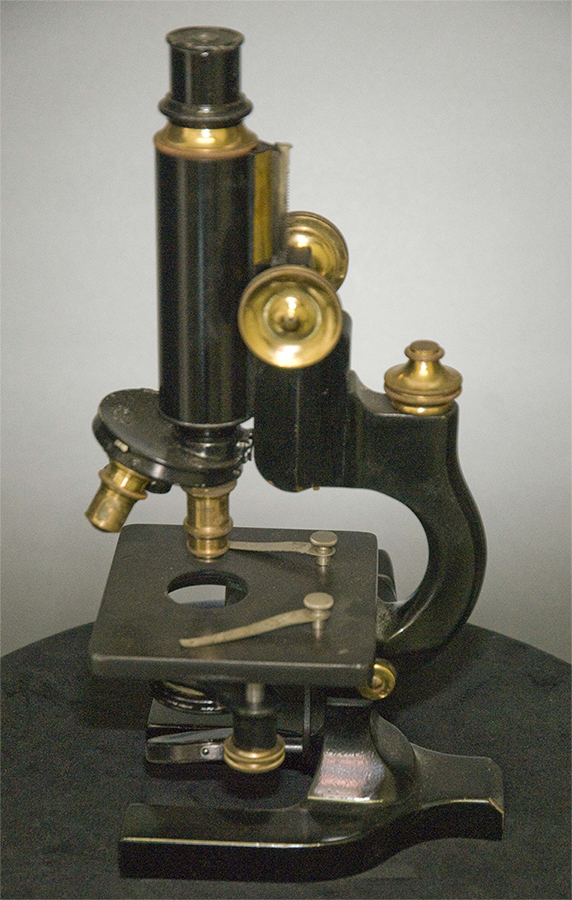 Shown here is a window display at M.L. Cooper Pharmacy in October 1955. Though the display depicts some rather wild medical practices from the seventeenth century, there were still a number of significant medical advances that were made in the 1600s! For example, the microscope was invented at the turn of the century, and throughout the seventeenth century, the important medical and scientific instrument was improved upon and refined, allowing more in depth medical research to occur.