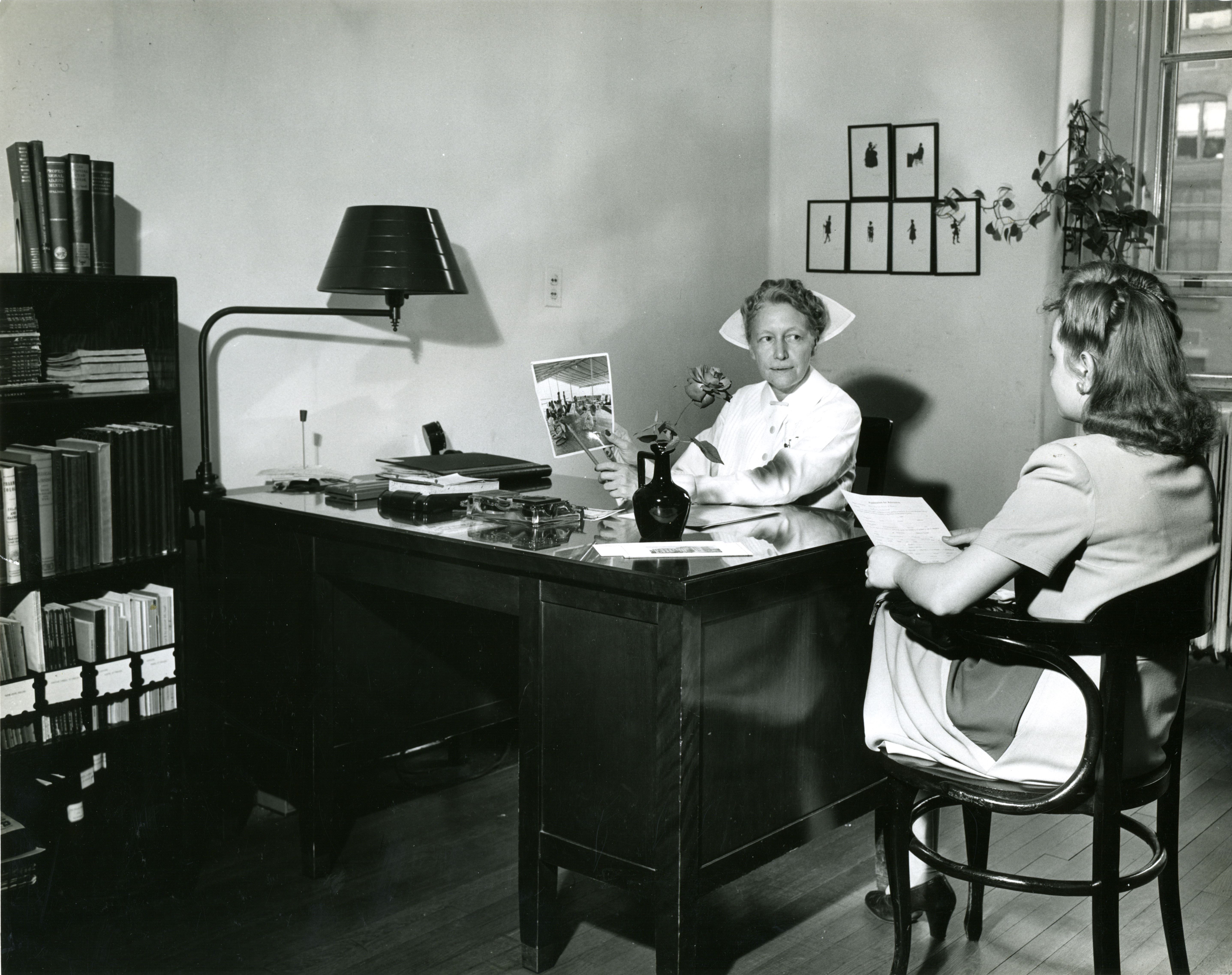 Many thank yous to a Museum visitor who pointed out something quite important about women’s lives—and especially the lives of career nurses–in generations past. Women who single-mindedly dedicated themselves to their careers had to forgo marriage and family. “They gave their lives to their profession,” this visitor reminded me. They should be named and remembered.

This observation came in response to a photograph caption in the exhibit. It shows and explains a c. 1950 capping ceremony that was for so long an important rite of passage for nursing students, but does not identify Winnie Anne Coxe, Director of the School of Nursing and Nursing Service at Sinai Hospital, as the person pinning the cap on the young student. This post about Ms. Coxe is meant to honor her memory and that of so many like her.

Winnie Coxe was born in 1893, in the tiny town of Red Springs, North Carolina, a mostly Scottish enclave on the southern coastal plain of the state. She attended Southern Presbyterian College in Red Springs, graduating in 1915, the year it became the Flora Macdonald College. After teaching for a couple years in her hometown, she made up her mind to become a nurse. We don’t know how she ended up at the Hebrew Hospital School of Nursing in 1917. It was not unusual for non-Jewish women to attend the school and be employed by the hospital. But it was a long way from home for Winnie. She graduated in the class of 1920, winning highest honors and a prize of “$50 in cash for scholarship and general efficiency,” according to the Baltimore Sun. Upon graduation, she worked at the hospital first as a staff nurse and then as assistant director of nurses and instructor, growing along with the hospital, which changed its name to Sinai Hospital in 1923.

In 1929, Coxe left Sinai to do post-graduate training at the Illinois Training School for Nurses in Chicago. She served as hospital superintendent and director of nurses at the Women’s and Children’s Hospital in Chicago and then as director of nurses at Columbia Hospital in Columbia, South Carolina until 1943, when she returned to Sinai as Director of Nurses and Principal of the School of Nursing. Sinai welcomed her with open arms and she completed her distinguished career there in 1959.

Coxe retired to North Carolina, building a home in the mountains about twenty miles east of Asheville. She stayed in touch with her friends at Sinai Hospital until her death at age 92. Many studied under her, and still remember her fondly so many years after her passing.