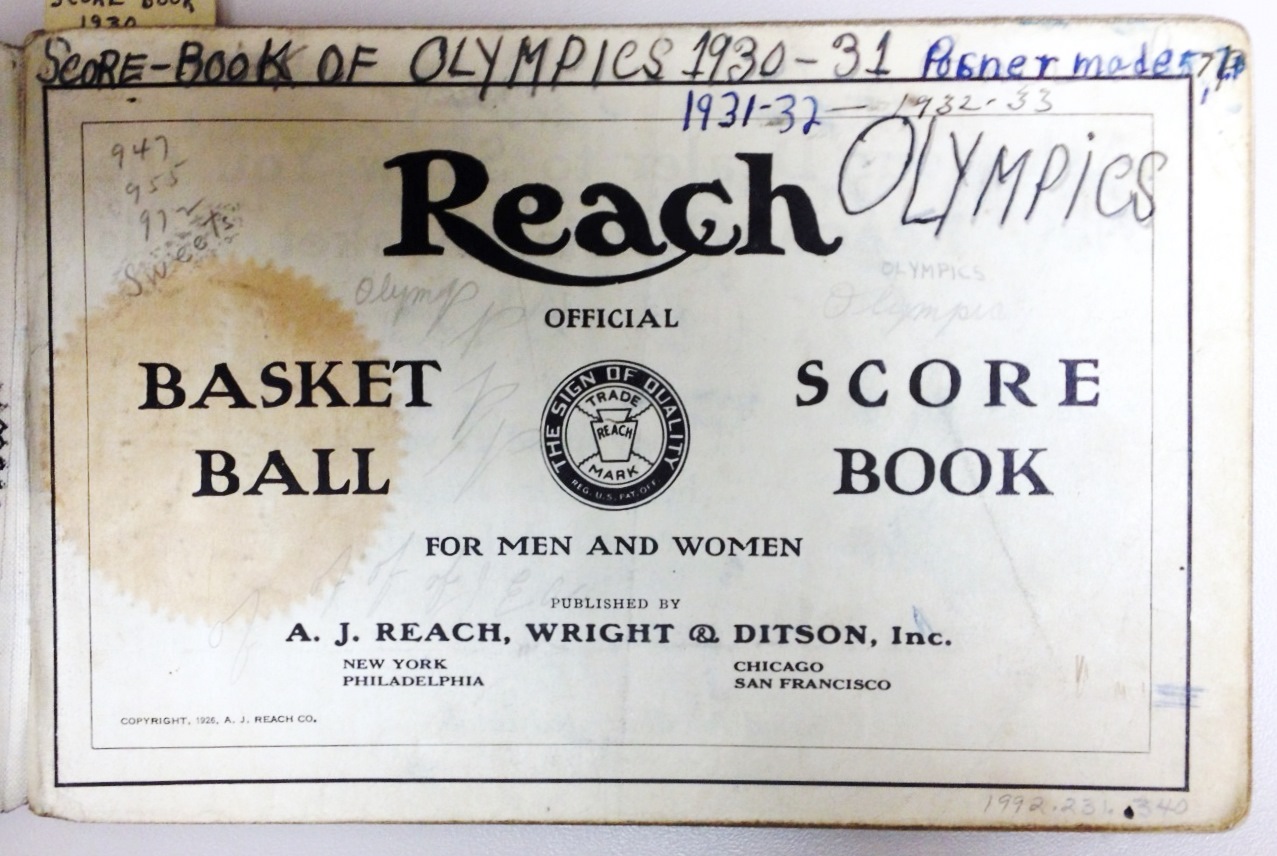 In the Gymnasium section, there is a basketball score book used by the Jewish Educational Alliance, Baltimore, in the early 1930s.  The book is closed in the exhibit, so here’s a quick peek at a few of the details you can’t see while it’s on display.

The Jewish Educational Alliance of Baltimore was founded in 1909, with the merger of two Jewish youth organizations, the Daughters of Israel and the Maccabeans.  Though it was home to a wide variety of activities and classes, sports and athletics were some of the more popular choices for the kids who belonged. The JEA fielded a large number of teams or “clubs,” each with their own name like Pioneer, Oriole, Excelsior, Premiere, and many more.  As Dr. Philip Block noted in his brief memoir, “The JEA Story – 1910-Present” (1991), by the 1920s “more clubs were organized daily, more members sought admittance and basketball became king!! It filled our every spare moment and desire for sports. . . . basketball dominated our lives and how the JEA boys dominated basketball!!” Dr. Block describes how the basketball prowess of two JEA members in particular helped “break the unwritten barrier” at Baltimore City public high schools, where Jewish students had never made the team.  JEA alumni were proud of their achievements, and many of the clubs stayed active long past their years of youth sports.

This scorebook provides us with a glimpse at one particular team, the Olympic Club, and its activities in the early 1930s. Let’s take a look… 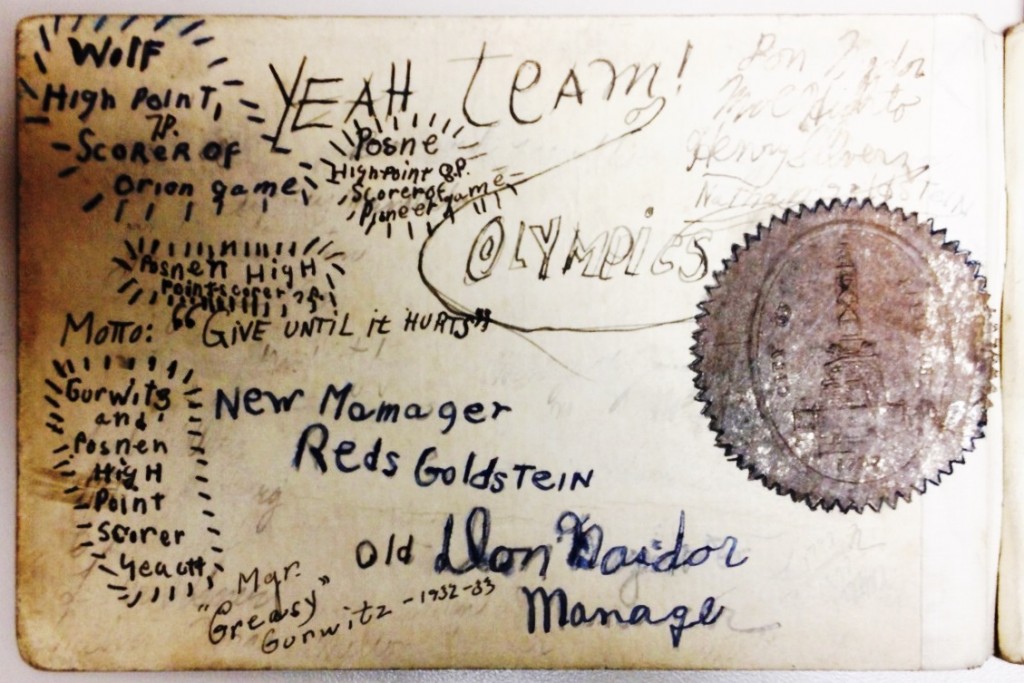 The inside cover was designated for some historical notes and inspirational mottos, including:

Motto: ‘Give until it hurts’

…plus a gold City of Baltimore seal.