Not every medical patent relates directly to treatment or medicine.  Any invention you want to protect needs a patent, whether it’s a pacemaker or – in this case – a better-fitting nurse’s uniform.

Baltimore’s Morris & Co was founded by Edward Morris in 1867 as a men’s underwear manufacturer.  The company moved into production of men’s shirts and overalls, and soon added women’s clothing as well, including the “Middy” blouse under their Paul Jones label.

By the late 1920s, Morris & Co. had moved away from ‘everyday’ clothes and began producing women’s work uniforms, aprons, and housecoats, again under the Paul Jones name.  Though styles were made for beauticians, maids, and waitresses, nurses’ uniforms became the company’s specialty.  Early in World War I, the United States government adopted the company’s navy nurse uniform design as the standard.

The company offered a several different material and color options, as well as a variety of styles with different collars, belts, fastenings (front, back and side), sleeve lengths, &c., &c.  Hoping to appeal to as many women as possible, they kept an eye on both practicality (sturdy fabrics, ease of laundering) and fashion (flared or straight skirts, rising waistlines and hemlines), making changes and adding new details when necessary.

Some of these innovations were patentable.  In 1932, Oscar A. Berman of Baltimore obtained U.S. Patent 1,885,047 for “an improvement in nurses’ uniforms of the wrap-around style,” and assigned the rights to Morris & Co. The new invention was intended “(1) to provide a uniform that will fit any figure; (2) to provide means by which a uniform can be made adjustable to fit women with large or small busts, large or small waists, or large or small hips, by simply drawing toward each other the ends of a belt permanently attached to the body of the garment; and (3) to provide a means by which the uniform can be held permanently at the adjustment necessary for the figure on which it is worn.”

Morris & Co. used this improved fastening on both the “Miracle” nurses’ uniform and, with more enthusiasm, the “Magicoat” housecoat, available in a number of different styles and prints. Both can be found in the Spring-Summer 1934 Paul Jones Uniform Dresses catalog:

Berman’s description of his invention, quoted above, was clearly sufficient for the U.S. Patent Office, but wholesale and retail customers of Morris & Co. needed a bit more to convince them of the value of an easy-fitting dress.  The Miracle uniform comes across somewhat prosaically in the 1934 catalog (“Fits every figure. Slips on like a coat. Can be worn either high or low neck”), but the Magicoat, designed to appeal to a variety of women both at work and at home, warrants a bit more:

“Little wonder Magicoat has created a sensation among women in all walks of life. Trim-fitting, fresh-looking and smart for household duties. Ideal, all-purpose garment for thousands of professional women. Paul Jones Magicoats are made in all white, in vat-dyed blue and green with various collars and cuffs and in attractive prints. They launder perfectly. Leading stores everywhere are featuring Magicoats – America’s smartest, most practical garment for everyday wear.

Magicoat is a patented garment and the name MAGICOAT is registered in the U.S. Pat.Office.”

Thanks to the family, the JMM has a large Morris & Co collection covering the 1890s through the 1907s, including catalogs, advertisements, correspondence, patent and trademark documents, and even a few nurses’ uniforms – but, alas, no Miracles or Magicoats.  How will we get our husband on the 8:15 train without one? 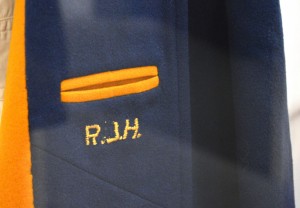 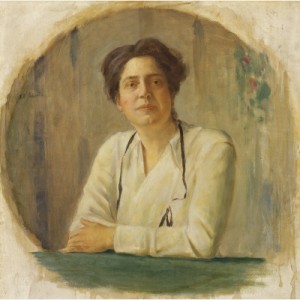