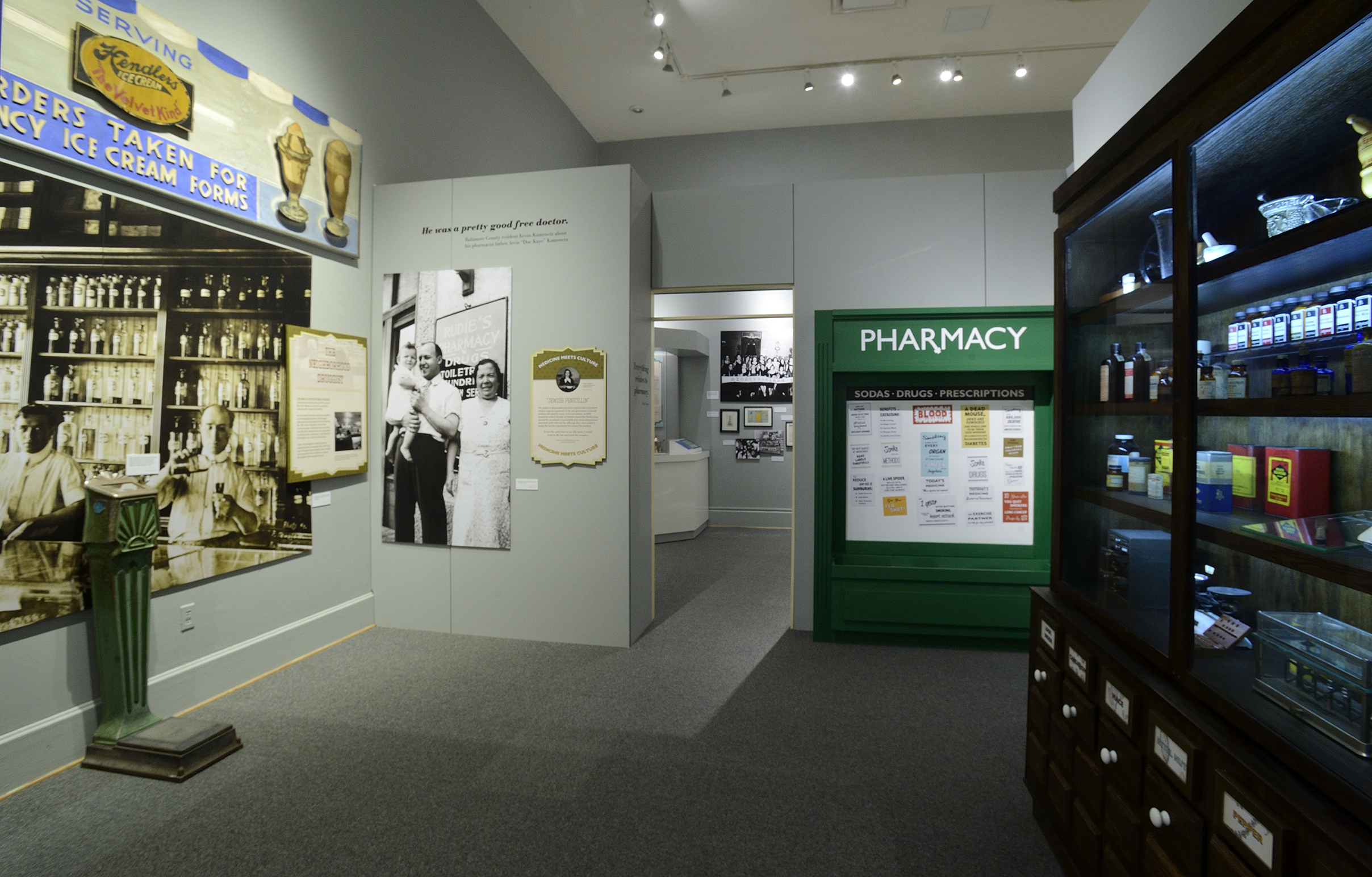 Though only a few pharmacies and drug stores are featured in the exhibit, neighborhood drug stores are such an important part of the community that we have many photos in our collections: all taken, saved, and donated by owners, employees, and customers.  Here are a few more local pharmacies from the Baltimore area! 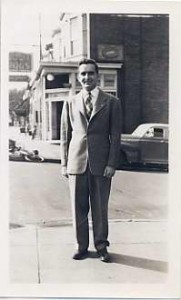 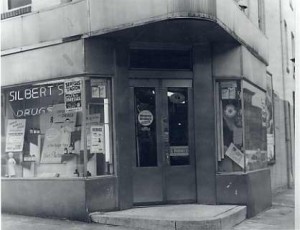 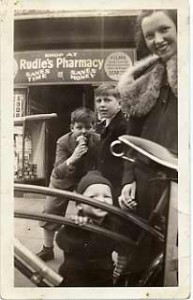 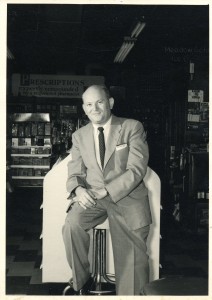 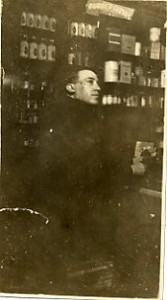 Pharmacist Joseph Goldsmith in his pharmacy at the corner of Lloyd and Lombard Streets, next to B’nai Israel, circa 1919. Gift of Zelda Goldsmith Anshel, JMM 1996.42.1 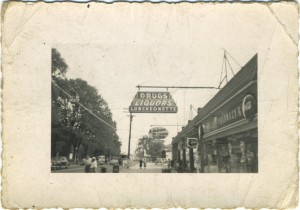 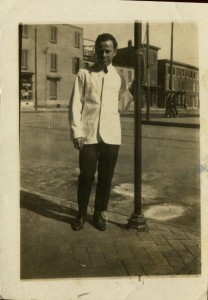 Louis H. Simon, in his pharmacist’s uniform, circa 1925. He worked for the Watts Drug Company at Fayette and Eutaw Streets; his son, Alder – whose graduation photo is featured in the exhibit – also went into the pharmacy profession. Gift of Rita Gordon, JMM 2007.53.5 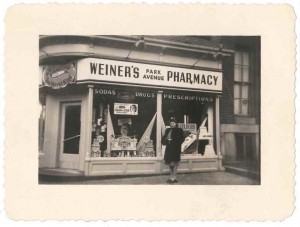 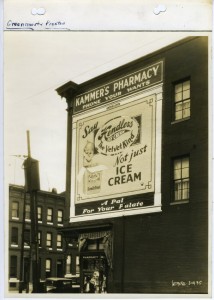 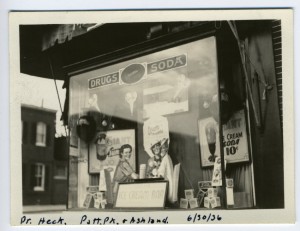